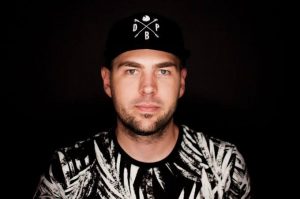 He is married to designer and photographer, Natasha Watson. They got married in October 2016.

In 2017, he was nominated in the Dance Music Awards South Africa 2017, for Best producer and Best Male DJ. In 2018, he released his debut album Into the Morning. Shortly after the album release, he made a US fall tour, “Into the Morning” Tour, surrounding the album.

The tour started in October and included different regions in the United States. His music has appeared on major dance labels including Ultra Music, Atlantic Records, Dirtybird Records and This Ain’t Bristol.

In 2019, he released his EP titled Landmine. Later that same year, he collaborated with Australian producer Stace Cadet on his single, Safe which was released on Parametric Records.

In 2020, he released his single The Ratchet Express which featured DJ duo The Sponges. His EP titled Major Games was signed by Diplo and released on his label Higher Ground.

He has also performed in music festivals and venues such as Corona SunSets Festival in Cape Town, The Lab Johannesburg, Electric Forest, San Diego’s CRSSD Fest, Shambhala Music Festival, and the Dirtybird Campout in San Francisco. He was also set to perform at the 2020 Coachella but due to the COVID-19 outbreak, the event was rescheduled to 2021.