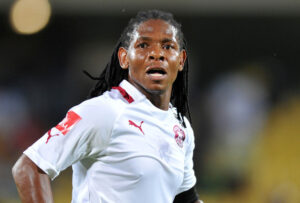 Born in Ladybrand, Lefa began playing professional football with Bloemfontein Celtic at age 19. After the club was relegated to the First Division, he played for another two seasons before a brief spell with Jomo Cosmos before reviving his career with Moroka Swallows.

He made over 300 appearances in the Premier Soccer League, most of them with Moroka Swallows. He captained for the club for five seasons and won the 2008–09 Nedbank Cup during his time with Swallows.