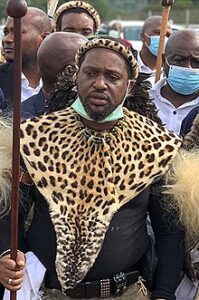 His parents are known as King Goodwill Zwelithini and Queen Mantfombi Dlamini of Eswatini.

He completed his high school education at Pietermaritzburg’s St. Charles College. He is said to have a degree in International Studies, according to some allegations. Other claims, on the other hand, say that he is still studying in Jacksonville, Florida.

The Zulu Nation Kings is not married but he has a son with Princess Wezizwe Sigcau of the amaMpondo royalty.

He has an estimated net worth of $5 million

Drop your queries regarding King Misuzulu Zulu Biography below in the comment box.