Jody February (born 12 May 1996) is a South African soccer player who plays as a goalkeeper for Premier Soccer League club Mamelodi Sundowns. 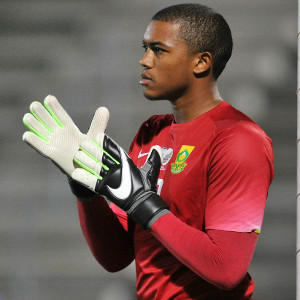 February started his career at Ajax Cape Town before signing for Mamelodi Sundowns in September 2019. He was loaned out to Cape Umoya United for the 2019–20 season.

February played for the South Africa under-23 team at the 2015 Africa U-23 Cup of Nations.

He represented South Africa in the football competition at the 2016 Summer Olympics.

Drop your queries regarding Jody February Biography below in the comment box.