James Masango is a South African politician who currently serves in the national leadership as deputy chairperson of the Federal Council, and as a municipal councilor for the DA in Govan Mbeki municipality. 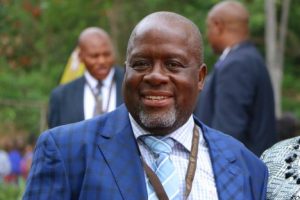 In 1994, Masango became a member of the small Democratic Party. Before being elected to Parliament for the renamed DA in 2004, he served as a ward councilor in the Govan Mbeki Municipality.

Masango was the Shadow Deputy Minister of Defense and Military Veterans and sat on the Sport and Recreation and Housing portfolio committees.

Masango first stepped down from politics, but in late 2020, he returned to active party work and ran unopposed for one of the two deputy chairpersons of the Federal Council at the party’s electoral congress. On November 1, 2020, he began his new job.

Masango was sworn in as a PR councilor in Govan Mbeki Local Municipality in 2021, once again representing the DA.

Drop your queries regarding James Masango Biography below in the comment box.