Before moving to Bloemfontein, where she completed her matric at St Michael’s School for Girls in 2007, she attended Machabeng International College in Maseru from 2001-2005. 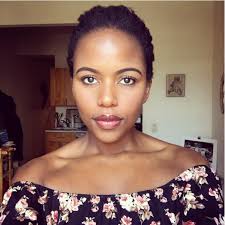 She is currently married to actor Atandwa Kani since the year  2015. The couples met on the set of Its Complicated and they didn’t take long before they got married.

Her first starring role in television came in 2015 as the character of Ipeleng, a perfectionist questioning her seven-year-long relationship, in the Mzansi Magic drama series It’s Complicated.

Drop your queries regarding Fikile Mthwalo Biography below in the comment box.