Ferial Haffajee (born 20 February 1967) is a South African journalist and newspaper editor. She is the Editor-at-large of The Huffington Post, South Africa. 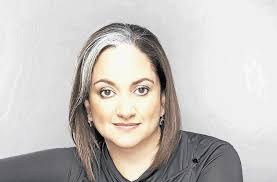 She is married to Paul Stober who is the deputy editor and also the political editor of the Mail and Guardian.