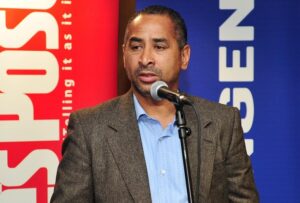 Burton joined Santos from amateur club Moonlighters AFC in 1989 and featured regularly when Santos won the Federation Professional League in 1990.

He later joined Cape Town Spurs and later won a league and cup double that won the 1995 National Soccer League and the BobSave titles in 1995. When he was at Cape Town Spurs in 1992, he also worked as a financial manager at Josman and Seidel until late into his Amazulu spell in 1996.

Shortly after retiring, he became the Chief Operations Manager at Santos. In 2012, he took up a Financial and Accounting course at Wits Business School Burton quit as the COO of Santos on 6 August 2014. On 7 August 2014, he became the CEO of National First Division side, Cape Town All-Stars.