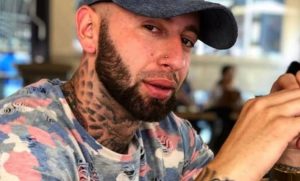 Chad was born and raised in Pretoria and eventually relocated to Midrand in his teenage years. Chad had started a Christian rap group while he was a teenager, but went solo shortly after. While growing up, Chad played football and represented South Africa in the under-14 national squad. The tournament was hosted in Zurich.

The track “Wasted”, by Chad and Locnville is featured on the hit US TV show, Lucifer in Episode 213.

Drop your queries regarding Chad Biography below in the comment box.