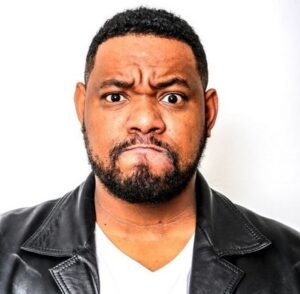 He is one of the most well-known comedians in South Africa. He recently won Comics Choice Comedian of the Year (2018), which is called the “Oscars” of South African comedy. Trevor Noah and Loyiso Gola are two previous winners.

Carvin is also a multi-award-winning broadcast journalist who has won four Vodacom Journalist of the Year Awards, South Africa’s top honor in journalism. Carvin H Goldstone was named a South African A-List celebrity by the Sunday Times in 2019.

Carvin is also a key figure in the advancement of comedy in Africa, having been named the Nandos Best Friend of Comedy 2017 for his contributions to the growth of comedy in the continent.

He is the creator of the Next Generation Comedy Show series, which began as a small-scale Durban project to discover local comedy talent.

It’s grown in popularity and spread around the country, attracting venues such as The Cape Town Comedy Club and Goliath Comedy Club in Johannesburg, all of which now host frequent Next Generation Comedy shows.

Drop your queries regarding Carvin Goldstone Biography below in the comment box.