The members of the project include Philangezwi Bongani, Nkwanyana, Mathufela Zuma and Bheki Khoza. Sipho Sithole serves as director and founder of the Native Rhythms Productions. 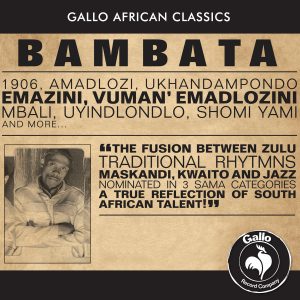 The themes in Bambata songs range from suffering under colonialism and imperialism to social issues such as crime and incarceration.

The basic idea behind the Bambata project is to fuse Zulu traditional rhythms, amahubo (folk music) and maskanda guitar with African and mainstream jazz along with elements of hip hop, rap, reggae and kwaito. For the first two albums Bambata was not a band, but for each album and for many of the individual songs, artists were chosen that could interpret the songs with their individual talents. The third album was more of a group effort, with Philangezwi Bongani Nkwanyana, Mathufela Zuma and Faca forming the core of the group.