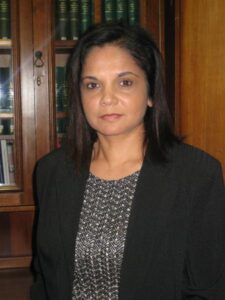 She was born in Durban, KwaZulu-Natal, South Africa. Her exact date of birth is not known.

Batohi was the chief of public prosecutions for KwaZulu-Natal from 2000 to 2009, and led the trial of Proteas cricket captain Hansie Cronje at the King Commission of Inquiry in 2000.

From 2009 to 2018, she served as a senior legal counsel to the prosecutor at the International Criminal Court.

President Cyril Ramaphosa named her national director of public prosecutions on 4 December 2018, and she took office on 1 February 2019.

Drop your queries regarding Shamila Batohi Biography below in the comment box.