Penny Wolhuter (born 29 June 1998) is a South African actress and dancer known for her role as Leah in the SABC3 telenovela The Estate. 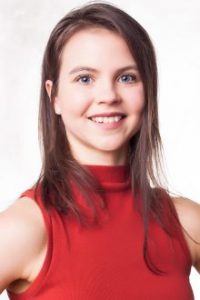 She went on to graduate in 2019 with a Diploma in Musical Theatre (Dance Major) from Oakfields College in Somerset West.

She had her first film acting job in the SABC3 drama The Estate, which follows a gated suburban enclave that begins to feel threatened when a neighboring township files a land claim against the estate.

She portrays Leah le Roux, the 15-year-old daughter of Suzaan (Nadia Valvekens), who must deal with her mother’s shame after her husband abandons her for another man in the show.

Drop your queries regarding Penny Wolhuter Biography below in the comment box.