Nasty C (born 11 February 1997) is a popular South African rapper, songwriter and record producer. We have compiled 10 interesting things we think you should know about Nasty C. Check them out below: 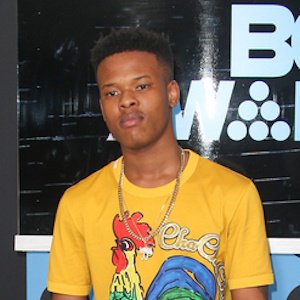 He has been regarded as one of the best young rappers in South Africa.

Just as we earlier stated, Nasty C was born Nsikayesizwe David Junior Ngcobo. Though almost everyone just knows him by his stage name which is short and simple.

It is believed that Nasty C is in a relationship with Ntombzodwa Beatrice Sibanyoni whose nickname is Sammie Heavens.

According to sources it has been revealed that she has been his girlfriend since grade 9 at Nuz Junior High school in Umlaz, Durban.

The SA rapper started rapping at the young age of 9 under the influence of his elder brother who was a producer at the time.

He learned and mastered the process of music production and began adding his vocals on the beats he was making.

He got his popular stage name Nasty C after it was given to him by the first producer he ever worked with.

He released his first mixtape “One Kid a Thousand Coffins” on 24 May 2013. On the 4th of April 2014, he released his sophomore project titled C L.A.M.E (Extended Play Version) – EP.

He was the youngest recipient for an award at the 2015 South African Hip Hop Awards, namely the Best Freshman Award.

It is believed that he has an estimated Net Worth of about $2 million. He is considered to be one of the richest rappers in South Africa.