Tshililo Michael Masutha (born 18 November 1965) is a South African politician and the minister of Justice and Correctional Services.

In this post, we take a look at the life of Michael Masutha and many other interesting things about this politician. 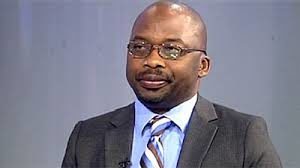 While he was at the university, he was part of the movements for disabled students advocating for the provision of appropriate support and also challenging the apartheid regime’s treatment of the blind and other disabled people.

In 1986 he was a founding member of the Northern Transvaal Association for the Blind. From the year 1989 to 1996 he was a member of the National Council for the Blind’s Executive Committee where he advocated for the removal of discriminatory laws against blind people, especially in protective employment.

He was a co-founder of the Equileg Programme of the Southern African Federation. In the year 1999, he became a Member of Parliament representing the African National Congress.

In August 1991 he was part of a delegation of the Human Rights Committee of Disabled People to the United Nations and in 1995, he was admitted to practice as an advocate of the High Court of South Africa.

From 1991 to 1996 he was the Director of the Disability Rights Unit at Lawyers for Human Rights – a project (which was a joint initiative with Disabled People South Africa) providing legal assistance to persons unfairly discriminated on disability grounds.

In 1996 he was appointed as Head of the Legal Services in the Department of Social Development, where he specialised in Children’s Rights and Social Security Law.