Lerato Moloi is a South African model and actress. She popularly known as the first black face for the cosmetics brand Elizabeth Arden, in 2009. 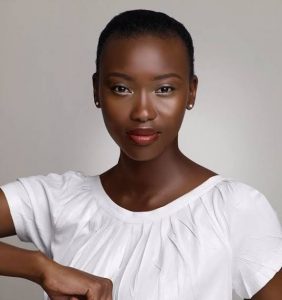 The actress and model was married to Sibusiso Hlatshwayo. The marriage lasted for a year and the couple decide to go their separate ways. Moloi and Hlatshwayo were high school sweethearts, long-time friends and have two children together.

In 2015 she was one of the celebrity contestants on the M-Net reality competition Celebrity MasterChef South Africa. She also joined the cast of the SABC1 soapie Generations in the role of Scarlet, a businesswoman.

Moloi, in a tweet, alleged that she was sexually assaulted by three men, one of whom she named was comedian Mongezi “Tol Ass Mo” Ngcobondwane. She claims she was sexually assaulted and raped by the comedian while working on a television production in Paarl, Western Cape, in 2014. In July 2020, she was arrested after she refused to take down the tweet following a court order.

The model released a statement in which she emphasised that she will not be silenced for the rape allegations she has levelled against Mongezi ‘Tol Ass Mo’ Mahlangu. She further explained that it has been difficult dealing with the trauma and she has been battling to find the courage and support to speak up.