Heavy K (born 4 December 1991) whose real name is Mkhululi Siqula is a popular South African record producer and Dj from Veeplaas, which is situated in Nelson Mandela Bay

He is known for top songs like “Ndibambe” and “Umoya” and has worked on beats and also released some nice collaborations with top South African artists. 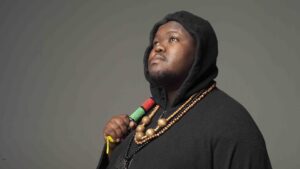 He was in a relationship with baby mama Ntombi Nguse and they had in 2018 announced they were getting married.

Unfortunately, some issues came up which they couldn’t get over and they decided to go their separate ways.

Heavy K had his primary education at Mzimhlophe Public primary school and also at Emfundeni. He proceeded to Ndzondelelo Secondary School for his secondary school education.

His musical career breakthrough came when he produced Professor’s “Lento” song at the age of 16. As time went on, he developed himself to become a top music composer, producer, songwriter, and DJ.

After a while, he founded his own music producing group which he called “Point 5”. After producing his first song, he gained a lot of popularity and this brought him a meeting with the legendary DJ Oskido who made a place in his “I Believe” program so Heavy K could learn to be a better producer and DJ in 2009.

Both he and Oskido worked together on the awesome track “Woza Nana” which was released in the year 2013.

Heavy K has an estimated net worth of about $3 million. He has earned all this from show performances, album sales, money made from his Youtube views, endorsement deals, Properties, and investments owned by him.