Garrick Higgo (born 12 May 1999) is a South African professional golfer who currently plays on the European Tour and the Sunshine Tour. 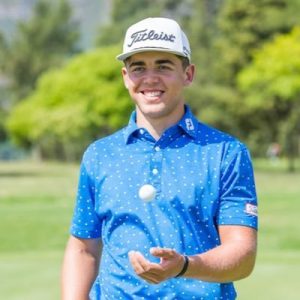 Higgo became professional in early 2019 and won the Sun City Challenge and the season-ending Tour Championship in his first full season on the Sunshine Tour.

During the 2019–20 season, he also finished runner-up in the Challenge Tour co-sanctioned Cape Town Open and placed 6th on the Order of Merit.

Higgo made the cut at the European Tour Qualifying School, securing a spot on the Challenge Tour for the 2020 season. In September 2020, he won by one stroke at the Open de Portugal, a dual-ranking event on the European and Challenge tours, with a bogey-free final round of 65 and a one-year European Tour exemption.

He has an estimated net worth of $300,000 which he has earned as a professional golfer.

Drop your queries regarding Garrick Higgo Biography below in the comment box.