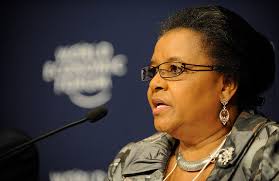 She was married to Francis Sethema until his death and together they had four children.

Edna later got married to Richard Molewa, a business consultant that had two kids from his previous marriage.

Molewa was hospitalized a few days after returning on 8 September from a state visit to China, where she had contracted a virus. After failing to respond to medical treatment she was placed in an induced coma. Molewa briefly stabilized after coming out of the coma but died on 22 September 2018 in Pretoria. She was 61 years old as of the time of her death.