Deon Meyer (born 4 July 1958) is a popular South African thriller novelist that writes in Afrikaans. He has had his books translated into more than 20 languages.

Meyer has also written numerous scripts for televisions and films.

He studied at Potchefstroom University for Christian Higher Education where he studied for a BA with English and History as majors. Deon later obtained an honours degree at the University of the Free State. 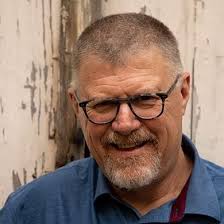 He is married to his lovely wife whose name is Anita. Together they have been blessed with four children namely, Lida, Liam, Johan and Konstanz.

He has been nominated and also won numerous awards.

Drop your queries regarding Deon Meyer Biography below in the comment box.