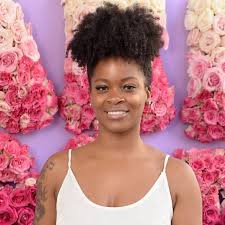 2. Her stage name was influenced by Mary Lennox, a character in the film adaptation of The Secret Garden.

3. She released her debut mixtape, Five Finger Discount, and debut EP, Ariography, in 2013.

4. She is the first female artist to be signed to J. Cole’s record label, Dreamville Records.

7. On March 27, 2019, she announced her first headlining tour, with the first leg beginning on May 12 and ending on June 14 in her hometown Washington, D.C.

9.  In February 2020, Ari Lennox was placed on BET’s “Future 40” list, which is a list of “40 of the most inspiring and innovative vanguards who are redefining what it means to be unapologetically young, gifted & black”.

10. She has an estimated net worth of $1 Million – $5 Million which she has earned as a musician.

Drop your queries regarding Ari Lennox Biography below in the comment box.