Amo Chidi (born 5 February 1990) whose birth name is Amogelang Zoe Chidi is a South Africa singer, dancer and actress. She made her debut appearance in 2012.

She is well known for acting the role of Reneilwe in the e.tv soap opera Rhythm City. Amo Chidi is considered to be one of the most beautiful actresses in South Africa. 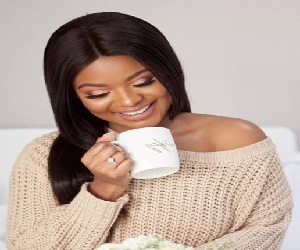 She has always kept her personal life private but we know that she is currently engaged.

Rhythm City’s Amo Chudi is officially off the market, following her Instagram announcement that she is engaged.

She majored in musical theatre, music and dance at Tshwane University of Technology (TUT) in Pretoria.

She also has two years of Latin American and Ballroom dancing experience.

At the age 10, she made her first TV appearance as a top 10 finalist singing competition Light House on SABC2’s.

In 2008, she also made it to the list of Top 40 finalist on the M-Net reality competition High School Musical: Spotlight South Africa.

Amo was the presenter of Design and Automobile on DStv’s AfricaMagic channel and she has also appeared in a number of television adverts.

Everyone knows Amo for her famous role in the musical show, The African Mamas. In 2010 she became a member of the cast for a woman’s monthly show at the Durban Playhouse Theatre.

She has an estimated net worth of $500,000 to $2 million which she has earned from her acting career.