Wright Ngubeni (born 20 July 1988) is a South African actor, television host, and director. He played the role of Thula on eTV’s Rhythm City. 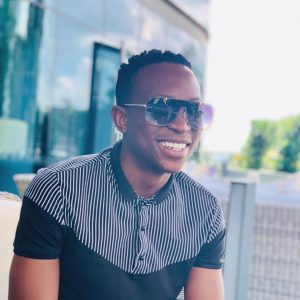 Ngubeni’s career started off at a very early age. He featured in a television show for children called Kideo at the age of five. At ten years old, he had featured on a number of television commercials including the Kingdom of the Sun advertisement.

At 11-years-old he got a lead role on the series, Street Life, that was aired on SABC3. He played the role of a street kid.

Wright Ngubeni and Sarah Ngubeni are siblings. Sarah is an actress, television presenter, director, and producer. She is best known for her roles in the soapies Scandal! and Isidingo

As an actor on Generations, he played the role of a 13-year-old boy who had spent the first part of his life in England and had now returned to South Africa with his younger sister and mother.

In 2009 he guest starred on the SABC2 Afrikaans drama series Erfsondes as Sepecia Motsoeng in the episode entitled “Veritas Odit Moras” (Season 2, Episode 7).

In 2015 he replaced Thomas Gumede as host of the Mzansi Magic reality series Love Back. Gumede hosted the first season and the first two episodes of Season 2, but Ngubeni began as host in Season 2, Episode 3, which aired on Sunday 7 June.

In 2016 Wright starred as the character 5 Bob, a hustler who understands the economics of the street, in the e.tv drama series Heist, inspired by a events at a stadium near Soweto in 2013 during a Justin Bieber concert. He returned for the second season later in 2016, which ran into 2017.

Drop your queries regarding Wright Ngubeni Biography below in the comment box.