Tshepo Gumede (born 21 April 1991) is a South African professional footballer who plays for AmaZulu as a defender. 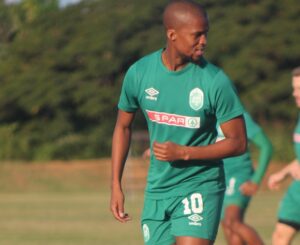 Gumede began his youth career at Arcadia Shepherds before joining the SuperSport United academy. He spent a season on loan at Mpumalanga Black Aces but failed to make an appearance.

Gumede joined Platinum Stars in July 2012. At the end of the 2012–13 season, he was nominated for the ABSA Premiership Young Player of the Year award and the Nedbank Cup Most Promising Player of the Tournament award, winning the former.

On 26 July 2016, it was announced that Gumede had joined Capetonian side Cape Town City. In June 2018 Gumede left the club, with the club not renewing his contract. Gumede would go on to join AmaZulu in February 2019, this after spending a period of time on trial with the club.

Gumede was part of the South Africa squad for the 2013 COSAFA Cup and made his debut against Namibia.

Drop your queries regarding Tshepo Gumede Biography below in the comment box.