Raphael Griffiths (born 3 January 1992) is a South African actor, musician and presenter best known for his role as Vusi Mukwevho on the SABC2 soapie Muvhango. 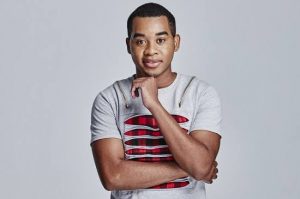 Griffiths is in a relationship with South African actress, Thuli Phongolo.

He made his television debut in 2009 as a presenter on the SABC2 teen programme qbase28, remaining with the show until it was cancelled in February 2012.

He was also the host of the SABC2 music show Music Moves Me (M3), which celebrated the musical talents of South Africa’s performers and the influence of music on their characters. Debuting on 12 March, 2010, the show was renewed for a second season which premiered on 21 December that same year.

Raphael left Muvhango in 2018 after five years on the show, taking up the role of Zithulele Bhengu on another Duma Ndlovu show – the e.tv soapie Imbewu: The Seed. Recurring in Season 1, he was promoted to starring cast for Season 2.

He has an estimated net worth of $300 000 which he has earned from his career as an actor and television personality.