Pravin Gordhan (born 12 April 1949) is a South African politician and anti-apartheid activist who serves as the Minister of Public Enterprises.

He has previously held various ministerial posts including Minister of Finance, Cooperative Governance and Traditional Affairs and Public Enterprises. 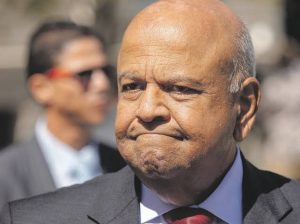 Gordhan is married to Vanitha Raju. They have been married since 1999.

He matriculated from Sastri College in 1967 then went on to graduate with a Bachelor of Pharmacy degree  from the University of Durban-Westville in 1973.

He also has a DTech degree in Business Administration from Free State Central University of Technology.

Gordhan is known to have over 46,000 shares in companies totalling more than 40. He has an estimated net worth of $5 million.

Drop your queries regarding Pravin Gordhan Biography below in the comment box.