Owami Mafokate (born on 20 September 2001) is a multi-talented South African DJ.  She is also an entrepreneur, entertainer, brand ambassador, and philanthropist. Owami is the daughter of Arthur Mafokate. 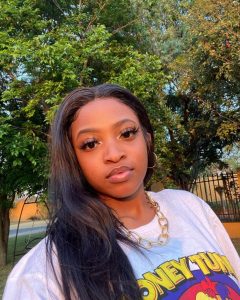 Her parents are Arthur Mafokate and Queen Sesoko. They are two of South Africa’s most celebrated musicians. Arthur is an established Kwaito Artist popularly known as the King of Kwaito while her mother was part of the Abashante Music Group in the ’90s.

They have three children together of which Owami is the second.

The talented youngster attended Beaulieu College for her secondary education.

Having been born into a musical family, her passion for music developed at a tender age. Her elder brother, who is also a DJ and producer, started teaching her DJ lessons when she was 13.

The support from her family has also been a major factor in the success of her career. He father has shown support and has attended all the Owami Mafokate dancing competitions and shows.