Ntando Mncube (born 4 November 1986) is a South African actor, dancer and singer known for his role as Apollo on the miniseries Side Dish which currently plays Sibusiso on Durban Gen. 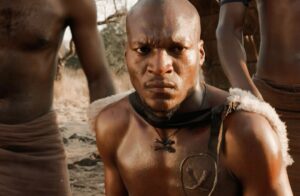 His TV debut officially began in 2013 after he appeared on an episode in the drama series Intersexions. Things turned out to keep on working in his favour as he got a guest-starring in an episode of the anthology series, eKasi: Our Stories.

Ntando also featured in two drama series, Mzansi Magic’s Saints and Sinners and the SABC1 drama Kowethu. He landed his first starring role in television in SABC miniseries side dish.

He has an estimated net worth of $150,000 which he has amassed from acting.