Mpule Matlhola (born 6 May 1995) is an award-winning South African actress who plays the role of Lesedi Ntshabele in BET’s, Isono. 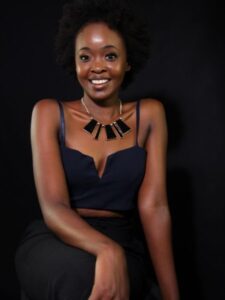 She attended the Pro Arte Alphen Park High School and matriculated with a distinction in Dramatic Arts. It was at this point that she had the determination to venture full-time int acting training.

She proceeded further to the Tshwane University of Technology where she took up a diploma in Musical Theatre in the year 2019. She then got a Bachelor’s degree majoring in International Relations as well as Germany linguistics studies from the University of Pretoria.

She has an estimated net worth of about $150,000 which she has earned as an actress.