Michael William Thomas Brown (born 31 May 1966) is a businessman and the current Chief Executive of Nedbank Group. He has been in this position since March 2010. 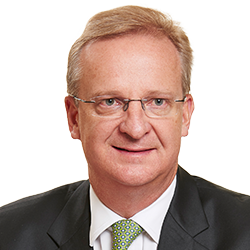 Mike was appointed as Chief Financial Officer in June 2004 and as Chief Executive in March 2010. He is currently Chair of the Banking Association SA and Deputy Chair of Business Leadership South Africa.

Nedbank CEO Mike Brown has a total take-home package of R53 million for the year. This includes a guaranteed salary of R8.5 million, a cash bonus of the same amount, a short-term incentive payout of R16 million, and a long-term incentive (LTI) of R16.5 million ‘at face value’.

Drop your queries regarding Michael William Thomas Brown Biography below in the comment box.