Linda Mtoba is a multi-award winning South African actress, MC, and content creator. She is best known for her role as Zama on Mzanzi Magic’s Isibaya. 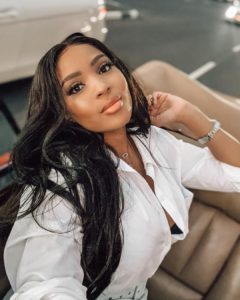 Mtoba lost her father when she was 13 years old but had a loving stepfather fill the void. She has been guided to a successful life by her mother, Celiwe, who has been very supportive. Linda Mtoba has a younger brother who is 8 years younger than her.

The actress, after completing school, started off as a qualified IsiZulu teacher teaching children from grades 1 to 5. Through this experience as a teacher, she gained some confidence which has helped her in her career as an actress.

She landed the role of Zama on Isibaya after her friends pushed her into auditioning for a show. She is currently playing Nomonde in 1Magic’s best-selling telenovela, The River.

Mtoba is married to Steven Meyer. They tied the knot in 2017 after dating for 6 years. The couple had two wedding ceremonies which were lavish.