Kealeboga Masango (born in 2003) is a South African actress well known for playing the role of Zinhle Ngobese on the popular drama series Rhythm City. 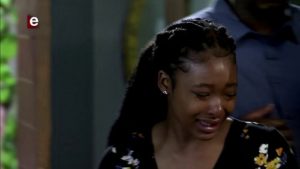 She matriculated from Mduku high school ROCKS and proceeded further for her tertiary education at the University Of South Africa (UNISA).