Brian Baloyi (born 16 March 1974 in Alexandra, Gauteng) is a retired South African professional footballer who played as a goalkeeper.

Baloyi made his professional debut in 1993. He joined league rivals Mamelodi Sundowns in 2004 after playing for Kaizer Chiefs for over a decade. He is commonly nicknamed “Spiderman”. 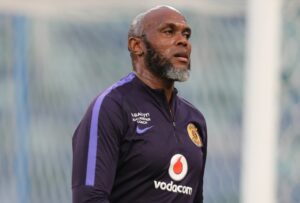 Baloyi’s wife, Phungi, is a breast cancer survivor. She was one of the mourners at the funeral of the wife of Lucas Radebe, Feziwe, who were handed pink ribbons to wear to raise awareness of cancer. He also has a son named Kgosi Baloyi

He made his debut against the Netherlands on 4 June 1997 in a 2–0 loss. In the 8th minute, Giovanni van Bronckhorst drilled a stunning long-range goal past Baloyi.

He played for South Africa national football team and was in part of the squad that travelled to Saudi Arabia for the 1997 FIFA Confederations Cup where he played their final match of group stage loss of 4–3 against Uruguay, to Republic of Upper Volta for 1998 Africa Cup of Nations where he played until the final of the tournament and also to France for the 1998 FIFA World Cup and to the 2000 Olympic Games in Sydney.

Despite retirement claims, he was called up by Joel Santana’s for the 2009 Confederations Cup but was the third choice behind Itumeleng Khune and Rowen Fernandez.